The Dangers of Fireworks

Large, public displays of fireworks are beautiful and fun to watch; however, they can be dangerous at the home level if not handled properly and safely.

Some Facts About Fireworks

An estimated 9,125 fireworks injuries occur each year with an average of four deaths per year.

Hands tend to be the most injured body part since many fireworks are typically held. Fireworks can result not just in severe burns, but when it explodes while in the hand, it can tear the hand apart or cause severe damage to the muscles, impairing future use. One or more fingers can be lost, too.

Other types of injuries include: 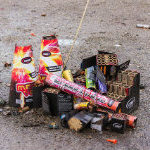 Improper use can injure not just the person handling the fireworks, but also bystanders. Fireworks, such as bottle rockets, can injure onlookers by taking unpredictable paths.

Another potential danger is a firework that has been ignited and failed to explode. These should be handled carefully because they could still be active and explode.

Sparklers are used a lot by young children because we assume they are safer; however, they can be more dangerous than you realize. Sparklers burn at about 2,000 degrees, hot enough to melt some metals and the sparks can catch clothes on fire or cause burns to the skin, especially sparks falling on feet.

While it doesn’t happen as often, fireworks can malfunction due to a manufacturing or design defect.

The best way to enjoy fireworks on 4th of July (or any time) is by watching a public display, letting trained professional handle the fireworks under controlled settings and regulations.

When you need a personal injury lawyer in the Kansas City area, contact the lawyers at Nash & Franciskato for a free, no-obligation review of your case.