Research shows that herbicide and pesticide exposure is considered one of the leading risks in developing Parkinson's disease. In fact, individuals who were exposed to the popular herbicide paraquat are 2.5 times more likely to be diagnosed with Parkinson’s. 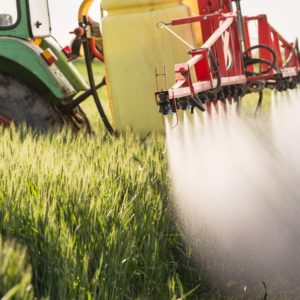 Are you a farmer, agricultural worker, landscaper, groundskeeper, gardener, herbicide applicator, or other worker who has come into direct contact with Paraquat weed-killer? The use of the weed-killer paraquat has been linked to increased rates of Parkinson’s disease.

In 2011, the NIH launched a study of farmworkers who had been exposed to paraquat and found they received Parkinson’s disease diagnoses at a rate of 2.5 times that of those who were not exposed to the agent.

Find out if you have a case.

In fact, those who directly apply paraquat are at the greatest risk of harmful exposures and subsequent harm.

Paraquat dichloride, commonly known as “paraquat”, is a popular, fast-acting, non-selective herbicide agent used widely throughout the U.S. It has been used primarily by farmers to eliminate weeds in orchards and farms and commercial crops. Paraquat is known (and referred to by the CDC) to be a toxic weed killer that is lethal at low doses and exposure has been linked to adverse health effects, such as Parkinson’s disease.

What is the Issue? 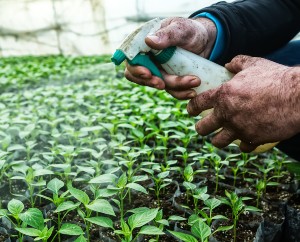 Paraquat is easily absorbed by the body and commonly applied using handheld sprayers.

Over the last decade, several studies have investigated the long-term health effects of paraquat on those exposed to the herbicide and show that there is a clear link between exposure to paraquat and the development of Parkinson’s disease.

Manufacturers of paraquat-based herbicides knew about this link yet failed to ensure that farmworkers and others exposed to the product were adequately warned about the risk of developing Parkinson’s disease.

Lawsuits being filed a claim that manufacturers have known for decades about the link between paraquat and Parkinson’s (as well as other serious health risks) but failed to warn the public about the risks associated or take steps to remove it from the market.

In 2016, the EPA designated it as a Restricted Use Pesticide (RUP) and required individuals to get special training to become a certified applicator. However, in October 2020, the EPA refused to ban paraquat in the US.

The herbicide continues to be distributed and sold in all 50 states without adequate warnings.

More than 50 countries have banned the use of paraquat due to concerns about its potentially dangerous health effects on those using the product.

Lawsuits claim that manufacturers and others involved in the process of manufacturing, marketing, and distributing the product are liable for causing or contributing to the development of Parkinson’s disease.

The Swiss-based Syngenta Group, the leading manufacturer of paraquat-based herbicides, and Chevron who has licensed sales of paraquat products from Syngenta, among others, have been named in the lawsuits.

Manufacturers of products such as paraquat are obligated to bring their products to market so that they are free from defects and do not pose an unreasonable danger to users. When a manufacturer is aware of such risks or defects, they must employ adequate warning. Should they determine that unnecessary, they must be held accountable should something happen.

The Nash & Franciskato legal team is investigating claims from those who suspect that exposure to paraquat is responsible for their confirmed diagnosis of Parkinson’s disease (or emerging symptoms).

Paraquat was introduced in 1962 and has been marketed and sold by Chevron Chemical Company, Syngenta and others under various brand names, including (but not limited to):

If you have suffered as a result of exposure to paraquat, you may be eligible to receive financial compensation.

How do you get exposed to Paraquat?

According to the CDC, there are several ways for someone to be exposed to paraquat:

According to medical studies, exposure is particularly dangerous because paraquat is easily absorbed by the body. It is commonly applied using handheld sprayers and sprayers attached to airplanes and tractors.

Thinking About a Paraquat Lawsuit? 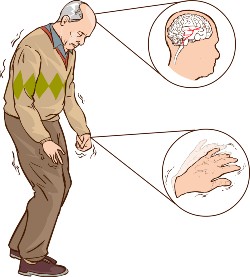 The costs and impact of a Parkinson’s disease diagnosis can have a devastating impact on families and individuals left with this debilitating disease.

Parkinson’s disease is a disorder of the central nervous system that affects movement. It is a debilitating and progressive neurological condition that develops when the dopamine-producing neurons in the body begin to deteriorate and die. While it can go undetected in its early stages, it eventually starts to affect the body:

RECEIVE A FREE EVALUATION FROM OUR PARAQUAT HERBICIDE LAWSUIT ATTORNEYS

The lawyers at Nash & Franciskato can help you prove exposure to paraquat is what caused you to develop Parkinson’s disease. Since there may need to be in-depth investigations conducted, the time to request your free, no-obligation case review is today.

If you or a loved one has been directly exposed to paraquat and has received a Parkinson’s disease diagnosis, you may be eligible to bring a claim against the manufacturers for their failure to warn against the risks associated with it that may cover:

The Nash & Franciskato Law Firm has a proven track record against medical device manufacturers. We will review your case in a free and confidential consultation with no risk or obligation to take legal action.