Paragard, a popular intrauterine birth control device, has been around since the mid-1980s. Used by thousands of women, the device is marketed as safe, effective, and easy to remove. However, reports indicate that the device may move or break after being implanted, potentially resulting in serious complications. 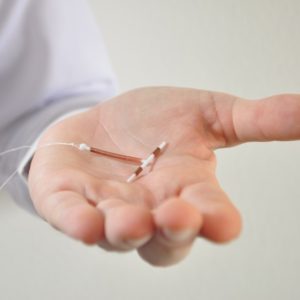 Are you suffering after a Paragard IUD broke during surgical removal?

Paragard is a small, T-shaped plastic intrauterine device (IUD) that uses copper instead of hormones to prevent pregnancy. Implanted in the uterus, it is a long-term form of contraception that can prevent pregnancy for up to 10 years. 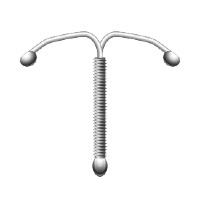 The “T” of an intrauterine device (Paragard IUD not shown).

The Paragard device is prone to breakage and fracturing, which has led to serious complications.

The basic design includes copper wire coiled around a T-shaped plastic base that is then inserted into a woman’s uterus. When removed, the “arms” of the T should fold up to make it a smooth and easy process. However, for some this has not happened. A number of women claim that the device broke during removal, leaving pieces of the IUD in their bodies and it is possible that the arms may break off before it is scheduled for removal.

Those injured by the device allege that the manufacturer (Teva} made a defective device, that they knew about the risks but failed to properly warn doctors and patients.

Injuries listed in lawsuits include:

Manufactured by Teva Pharmaceuticals, the device was approved by the US Food and Drug Administration in 1984. It is the only non-hormonal intrauterine device available in the United States.

In 2017, Teva Pharmaceuticals sold the Paragard brand to Cooper Companies – CooperSurgical for $1.1 billion. Lawsuits are being filed against both the current and former manufacturers.

If one or both arms break off, removal may require invasive procedures such as:

Pieces not found can become embedded in the uterine wall or travel, which can lead to other serious complications such as: 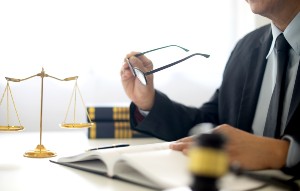 A broken Paragard IUD may entitle you to compensation.

Suffering After a Paragard IUD Broke During Removal?

Contact us today to schedule a FREE consultation. A broken Paragard IUD may entitle you to compensation.

Since 2010, the FDA has received over 2,800 reports of the Paragard device unexpectedly breaking inside the uterus, migrating out of position, or causing perforation of the uterus. While Paragard’s current prescribing information does mention the risk of breakage as a possibility there is no indication of how likely it is to occur

Those who have filed lawsuits against the manufacturer claim that potential breakage was not listed as a side effect when they had their IUDs inserted.

In December 2020, the Judicial Panel on Multidistrict Litigation (JPML) centralized numerous lawsuits across the country in the Northern District of Georgia under Judge Leigh Martin May. Although centralized, MDLs allow the cases to remain separate.

At the present time, Paragard remains on the market, despite being a potentially defective device. It has not been recalled for breakage issues.

Receive a free evaluation from our Paragard Lawsuit Attorneys

It can be devastating when the medical device you rely on fails. If you or someone you love suffered serious complications or unexpected surgery during the removal of the Paragard device, you may be eligible to file a Paragard IUD lawsuit.

The Nash & Franciskato Law Firm has a proven track record against medical device manufacturers. We will review your case in a free and confidential consultation, with no risk or obligation to take legal action.

CONTACT US FOR A FREE REVIEW OF YOUR CASE