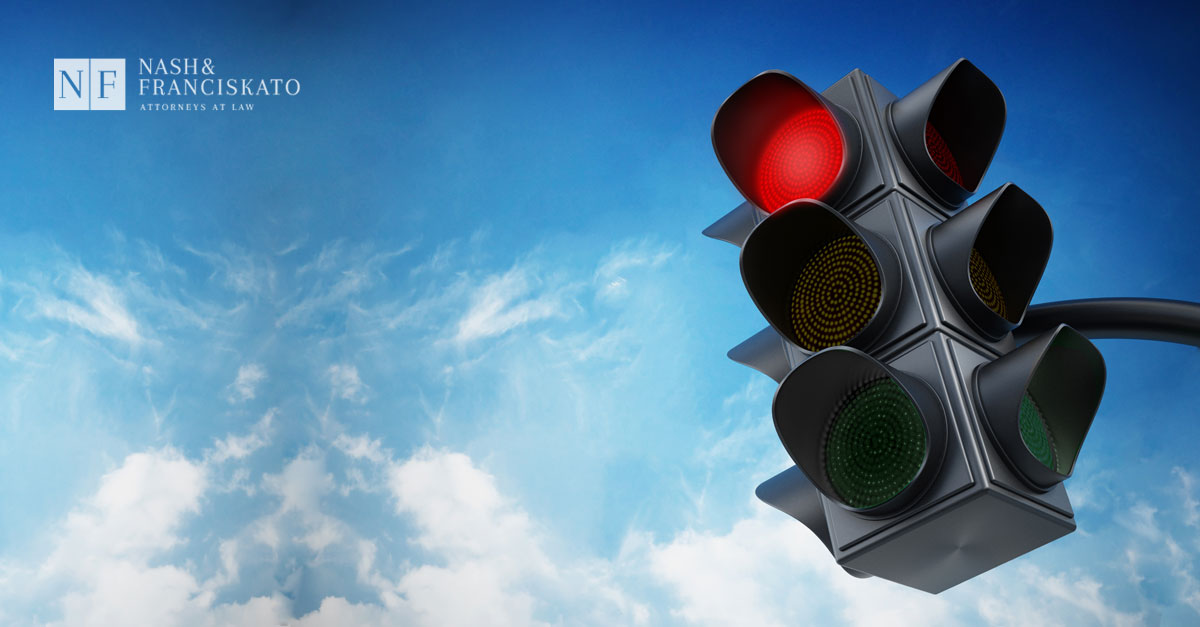 Picture this scenario. You’re on the way to pick your kids up from school. As you near a stop light, it turns from green to yellow. What do you do? Do you continue to drive through the intersection, chancing that it could turn red condoning a red light running practice? Or do you stop? Yellow lights are a warning, a caution for drivers to slow down; however, many drivers take it as a sign to speed up and make a mad dash through an intersection.

Red light running is a serious intersection safety issue. According to the Insurance Institute for Highway Safety, in 2020, 928 people were killed and an estimated 115,741 were injured in car crashes that involved red light running. About half of those killed were pedestrians, bicyclists, and occupants in other vehicles who were hit by the red light runners.

Simply put, red light running is when a car enters an intersection any time after the signal light has turned red.

In addition, when it is permissible to make a right turn on a red light, motorists who fail to come to a complete stop before turning could be considered red light runners.

However, motorists who may be in the intersection waiting for the signal to change to make a left turn are not considered red light runners.

When you have questions, our team is here to answer them for you. 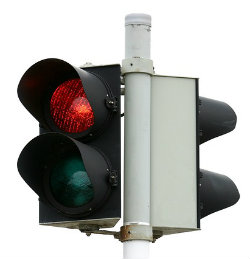 Running a red light is not about you risking a traffic ticket; it is about you putting the lives of other drivers and pedestrians at risk.

Listen to this story about Amanda who was severely injured when a dump truck driver ran a red light and broadsided her SUV.

August is National Stop on Red Week. Join The National Coalition for Safety Roads to help spread the word to stop on red.

Beyond National Stop on Red Week, NCSR is dedicated to a year round effort to educate drivers, cyclists, and pedestrians about the danger of red-light running; raise awareness about the benefits of red-light safety cameras; and equip communities with the tools necessary to start their own local outreach efforts

Have you or a loved one been seriously injured in a red light running motor vehicle accident in which you suffered serious injuries due to another’s negligence? Call the Kansas City-based law firm of Nash & Franciskato at (877) 284-6600.

One of our experienced staff will speak with you personally and will provide you with a free, no-obligation case evaluation.

Past results afford no guarantee of future results and each case is different and is judged on its own merits. The choice of a lawyer is an important decision and should not be based solely on advertisements.

Editor’s Note: This post was originally published August 3, 2015. It was reviewed on August 3, 2022 and updated for content and accuracy.