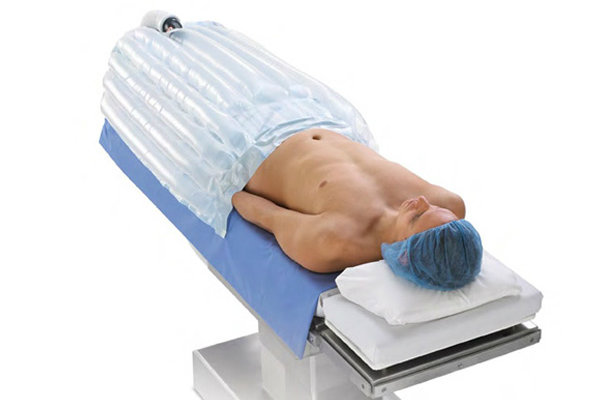 The Bair Hugger forced air warming blanket system is used in thousands of hospitals across the country. The system was designed to keep patients warm during surgery, reduce the risk of infections and improve recovery times. However, many lawsuits filed allege that the device is flawed and may contribute to post-operative deep joint infections.

This is an increase of 147 filings just since August 15, 2016. And, this growth is expected to continue.

The U.S. Judicial Panel on Multidistrict Litigation centralized all pending Bair Hugger federal lawsuits before U.S. District Judge Joan Erickson in the District of Minnesota as part of an MDL where the proceeding is currently underway.

The MDL is moving forward. On September 9, 2016, there was an order from the court that bellwether cases be selected no later than March 1, 2017 with the first bellwether trial beginning on November 6, 2017.

And, according to a Pretrial Order dated September 27th, the Court has approved a Plaintiff Fact Sheet, as well as protocols governing its use. (In Re: Bair Hugger Forced Air Warming Products Liability Litigation — MDL No. 2666)

What is the Bair Hugger Device?

The Bair Hugger is what is known as a forced-air warming system (FAW). It contains a portable heater/blower unit with a flexible hose that is hooked up to a disposable blanket that is positioned over surgical patients.

The Bair Hugger delivers warm air to keep a patient’s temperature stable during surgery by cycling the air under the blanket. It helps to maintain an optimal body temperature during and after the procedure, and it is used by more than 80% of operating rooms in the United States.

Anesthesia lowers the body temperature. Low body temperatures during surgery can increase the chance of infection, cardiac events and even death. The Bair Hugger works like a blanket, keeping the body warm.

What is the issue with the Bair Hugger device?

The cases pending in the MDL allege that the Bair Hugger forced-air warming system contributed to post-operative deep joint infections following a hip or knee replacement surgery. The lawsuits claim that the Bair Hugger suffers from a design defect that allows potentially contaminated air from the operating floor to come into contact with the sterile surgical area.

3M and Arizant Healthcare are accused of failing to warn patients and the medical community of the risks associated with the device.

Your immune system can fight off many infections, and it does; however, when an infection settles into a plastic or metal prosthetic device, it is extremely hard for your immune system to fight. This greatly increases the risk that someone undergoing a hip or knee replacement surgery may develop a deep joint infection during or after the surgery.

Unfortunately, when a patient contracts an infection after a joint replacement, treatment can mean extensive revision surgery to remove the prosthesis, antibiotic therapy, many extended hospital stays and even amputations.

If you would like to receive news and blog updates, sign up to receive our email newsletter. Your email address will only be used to send you our newsletter and respond to inquiries.