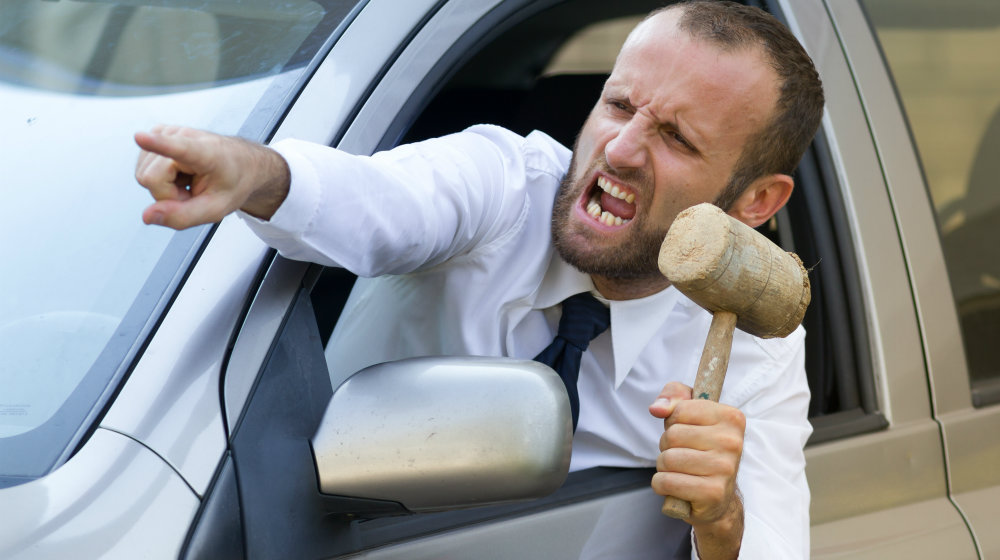 Aggressive driving has become a serious problem on our highways and roadways here in the Kansas City area and nationwide. According to NHTSA and the Auto Vantage auto club show, 66% of traffic fatalities are caused by aggressive driving.

What is scarier? Road rage.

You might think that aggressive driving is the same as road rage, but it is not.

Road rage, as defined by The National Safety Council, is a physical assault of a person or vehicle as a result of a traffic incident. Bottom line, it involves using a motor vehicle as a weapon with the intention of doing harm to others or their property.

Road rage is when traffic incidents escalate into much more serious situations. For example, a driver becomes enraged over another driver’s actions (i.e.,speeding or erratic lane changing), so much so that he overreacts and retaliates with some form of violence such as a physical confrontation, an assault with a motor vehicle or even use of a weapon.

If you find yourself the target of road rage, the first thing to do is remain calm. These situations can be a little scary so here are some tips on how to handle yourself around an angry, aggressive, or bullying driver.

However, if the road rage driver starts following you, stay calm. This is the time to call the local police or highway patrol and head to the nearest police station.

Be sure to practice safe driving habits and follow the rules of the road. Your safety and that of your passengers is much more important.

Editor’s Note: This post was originally published January 22, 2016. It was reviewed on August 11, 2022 for content and accuracy.