A lifelong resident of the Kansas City area, Dean has been practicing in the area of civil litigation since 1993, including trucking, highway defects and railroad accidents, personal injury and wrongful death cases, employment litigation, and product liability. 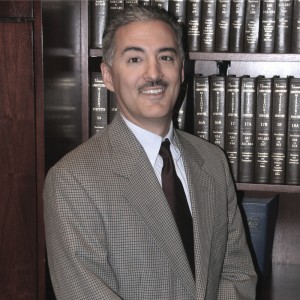 Dean has developed a specialty in ERISA benefit disputes. Additionally, he has represented some of the largest corporations in the U.S.

“The most satisfying result came in the case of Melissa Horton, who was killed in a one-car accident on Interstate 70 when the car she was riding in went off an unmarked drop-off. She left a young daughter, Lindsay, to be cared for by Melissa’s mother. The claim was settled and a structured payment schedule was established so that Lindsay would be financially secure.”

Dean lives in Kansas City, Missouri, with his wife, Janet, and their three boys. Janet is a vice-president and assistant general counsel at American Century Investments where she practices securities regulation law.

After graduating law school from the University of Michigan, Dean clerked for the Honorable William Turnage at the Missouri Court of Appeals. He also served as a law clerk at the Jackson County Circuit Court.