We have earned a reputation in successfully helping clients obtain sizable settlements and verdicts in the following personal injury practice areas. 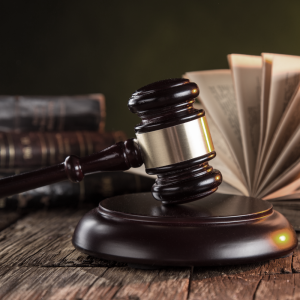 Nash & Franciskato obtained a $270,000 settlement for the wrongful deaths resulting from a fire in an apartment building. Our investigation revealed that the landlord failed to maintain working smoke detectors in Governmental Assisted Section 8 Housing, in violation of Federal Regulations, resulting in the death of two children.

Our client was shot in the back with a shotgun while attending a party in which alcohol was served by the homeowner to underage guests. We alleged the homeowner was negligent in allowing underage individuals, including the shooter, to consume alcoholic beverages on her property and that she failed to secure the firearms on her property when she knew intoxicated unsupervised individuals would have access to the firearms.

$250,000 Settlement Against Restaurant for Slip and Fall Accident

We obtained a $250,000 settlement for a client who suffered orthopedic injuries in a slip and fall accident at Cheddars Restaurant in Kansas due to a buildup of grease on the floor. The floor where the fall occurred was next to the kitchen and patrons were required to walk across it to reach the restrooms.

An eight year old girl was walking along the sidewalk, and sustained straddle injuries when she stepped on a water meter cover causing her to leg to fall in the pit. A jury returned a verdict of $30,000 against the Water Department of Kansas City for failing to repair the meter cover.

Settlement for Failure to Remove Water in the Women's Bathroom

Our client, a female college student, injured her knee when slipped and fell in water on the bathroom floor of her college dormitory. The attorneys at Nash & Franciskato Law Firm contended the janitorial service, who had just cleaned the bathroom, was negligent in leaving water on the floor. The case settled for $30,000.

Settlement for Failure to Remove Snow and Ice from the Sidewalk

Our client, a young male, broke his wrist when he fell on a snow and ice covered sidewalk. The attorneys at Nash & Franciskato Law Firm contended that Planet Sub was negligent in failing to remove the snow and ice from the sidewalk leading to the parking lot. The case settled for $35,000 before a lawsuit was filed.

An elderly female client sustained severe injuries when she fell down stairs at a local pharmacy. Until the accident, our client was self-sufficient and lived with her husband at their home in Kansas City. Unfortunately, the injuries required the client and her husband to move from their home of 30 years into a nursing home. The expert engineer obtained by Nash & Franciskato was able to prove that the stairs were defective and violated Code requirements, resulting in a confidential settlement for the client.

$475,000 Settlement Against Restaurant for Dangerous Stairs

An elderly female client fractured her hip when she fell down the stairs of the Iron Horse Restaurant in Blackwater, Missouri. After her hip replacement surgery, she developed post-operative respiratory failure and other complications that required her to be hospitalized for almost 2 months and ultimately led to her death. The attorneys at Nash & Franciskato were able to prove the stairs were defective because of inadequate lighting and the installation of an improper handrail. The case settled for a sum of $475,000.