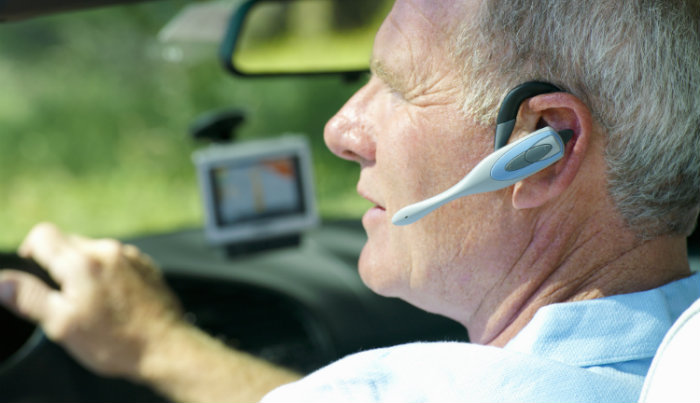 According to the National Safety Council, at any moment 7 % of drivers are using cell phones, which means they are driving distracted.

Making a call, checking email or sending a text are all forms of distraction that take a driver’s hands off the wheel, eyes off the road and mind off driving. Unfortunately, thousands have died in car accidents involving cell phones. With advances in technology, it would seem to make sense that a hands-free cell phone would be safer than a handheld. For instance, there are devices where you do not have to touch it or look at it in order to use it. 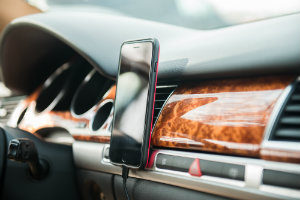 But, just because your hands are on the wheel and eyes on the road does not mean it is safer or less risky to drive while talking on a hands-free device.

The results showed that it made absolutely no difference whether you text hands-free or by voice. “Response times were significantly delayed no matter which texting method was used.”

In each case, drivers who were texting took about twice as long to react as they did otherwise; they also spent less time watching the road even when they were texting by voice.

This question was also taken to Myth Busters in 2015.

In a simulation involving 30 drivers, exactly two managed to pass a driving test while talking on a cell phone.

The statistical difference of this test is negligible. It would seem that it is no safer to use a hands-free device while driving than it is to use a handset.

Take a look at the National Safety Council infographic, Hands-Free is Not Risk-Free.

Hands-Free Just as Dangerous as Hands-On

There are those who say that using a hands-free device is no different than having a conversation with someone in the car. Reasonable argument, but one major difference between these scenarios is that someone riding in the car can see what the driver sees. Passengers can stop talking when a driver needs to concentrate, whereas, someone on the phone would not be aware of this – continuing to talk, taking the driver’s attention away at inopportune times. 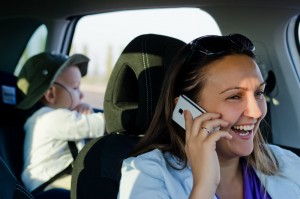 Talking on a mobile phone distracts your brain from what you are doing (driving). While your brain can switch between different tasks, it can’t do two things at the same time. Your attention is on the conversation, not on the task of driving.

The area of the brain that processes moving images decreases as much as one-third when a driver is on the phone. Studies show that drivers who were talking on any type of phone missed seeing up to 50% of the things around them while looking out the windshield.

So, whether handheld or hands-free, cell phone conversations while driving are risky because the driver is not fully concentrating on the road.

Bottom line, whether you are using a hands-free cell phone or a handheld device, it is almost impossible to keep your eyes on the road, hands on the wheel and mind on driving. The best solution to keep you, your passengers and those in other vehicles safe is to wait to use your device until you have stopped the car.